Wonder Woman is Back

Yo yo, what's up everyone? Hope you all doing good, welcome back to my arts and entertainment blog. I saw the new Wonder Woman movie last night, and damn was it good! Now only did Wonder Woman manage to save the world, but she also might be able to singlehandedly save the DC Extended Universe. According to some sources, Wonder Woman took in $38 million on opening night, and the movie seems very likely to become the third movie of 2017 to make over $100 million in the box office.

Wonder Woman follows the original storyline from the comic books, with Diana as the princess of the Amazons and an undefeatable warrior. She is raised on the island of Themyscira as the princess to Queen Hippolyta who forbids the princess from becoming a warrior. This does not stop Diana, who trains in secret with here Aunt. A plane crash lands off the coast of the island and Dianne rescues the pilot who informs her of a war going on in the outside word (World War 1). The pilot then convinces Diana to leave her home land in order to go to London and help save mankind.

Personally I think that this is the best DC Extended Universe film ever released. Both main actors had an amazing performance, with Gal Gadot providing enough charisma to cheer up a whole town. This movie had some great action scenes to go along with some funny one liners and a storyline that kept you on the edge of your seat (even though there are two sequels in the works so we know that no main characters can die). Have any of my readers seen this crazy movie yet? Let me know if you have in the comments below, and enjoy the rest of your day everyone. 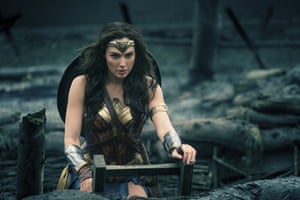 Board Games that Will Ruin your Friendships →